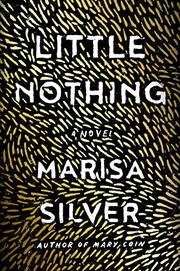 A childless couple longs for a baby…. This desire launches a thousand fairy tales, including “Thumbelina,” which Silver slyly invokes at the beginning of her new novel. As the elderly Agáta Janacek struggles through labor, the midwife encourages her to think of a flower blooming—an echo of the tulip from which Hans Christian Andersen’s diminutive heroine emerges. But, just as childbirth is not the gentle opening of a flower, the baby Pavla is not a perfectly formed little sprite. She’s a dwarf, all big head and foreshortened limbs. These opening scenes reveal a lot about the story to come. First, that the author is using tropes from fairy tales and folklore in a realist mode. Second, that the novel's brand of realism relies heavily on graphic depictions of human bodies and their various products. There are pendulous breasts, flaccid penises, and Agáta’s pubis with its sparse graying hair. There’s also quite a bit of sweat, mucus, and ordure. Pavla, as befits a fairy-tale heroine, is beautiful—but only sometimes. As her story progresses, she will undergo several transformations, only some of which make sense. Of course a girl being raped might turn into a wolf. But why would a dwarf stretched on a rack turn into a girl with a beautiful body and a canine face? It might seem ridiculous to argue with fantasy, but fairy tales do have their own logic, and Silver doesn’t quite seem to grasp that internal consistency is a large part of the fairy tale’s appeal, nor does she seem to appreciate how fairy-tale heroes and heroines function. Because they are types rather than real people, they allow us to project our own desires upon them. Pavla is real enough to forestall this operation but not real enough to be satisfying.