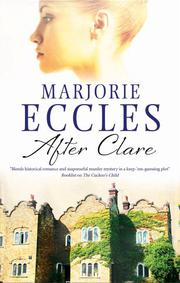 A garden renovation project turns into a murder investigation.

The Vavasour and Markham families are old friends as well as neighbors. For generations, their children have walked back and forth over the path connecting the Vavasours’ Leysmorton House to the Markhams’ Steadings. At one time, it even looked as if Emily Vavasour and Hugh Markham would make a match of it. But Emily was wooed away to India by dashing Paddy Fitzallan, son of an impoverished baronet. Since Paddy’s death, Lady Emily has lived in Madeira. She comes back to Leysmorton, occupied now by her cousin Dirk Stronglove and his spinster half sister, Marta Heeren, only to attend the wedding of Hugh’s granddaughter Dee to the rich but boring Hamish Erskine. The old place enchants her, and before going home to Spain, she decides on two projects: restoring the library in consultation with Poppy Drummond, a distant cousin of Dee’s who ekes out a living as a decorator, and reestablishing the rose garden with the help of Rosie Markham, Dee’s gangly younger sister. Digging in the dirt dredges up memories of Emily’s older sister, Clare, an aspiring artist who disappeared without a trace after Emily and Paddy’s wedding. She and Clare used to play by the huge yew tree that still stands at a corner of the garden. But turning over Leysmorton’s rich soil also uncovers a more modern mystery: the bones of Peter Sholto, who deserted days after the end of the Great War but never came home. Inspector Novak of Scotland Yard has his sights trained on Peter’s death, while Lady Emily longs for resolution of the older puzzle, her sister’s disappearance.

Eccles (The Cuckoo’s Child, 2011, etc.) swivels deftly between past and present, mystery and romance in her latest historical hybrid.