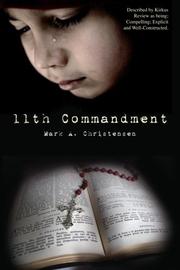 by Mark A. Christensen

In his debut novel, Christensen imagines a new parent’s struggle to prevent his abusive childhood from negatively affecting his own parenting.

This compelling work should be praised most for Christensen’s structural choice. Told via flashbacks, the novel presents each episode as a stop in the narrator’s various childhood neighborhoods. Every destination opens the door to the past, illuminating the darkness of verbal and physical abuse, which at the time was an accepted aspect of his childhood. As an adult, main character Keith Herman understands that the relationships he endured with his mother, stepfather and grandfather were more than momentary injustices—they have lifelong implications for him. The setup serves as a metaphorical and literal vehicle for Keith to revisit and deconstruct the traumas of his past. In doing so, he hopes to understand himself and what he’s been through so he can end the cycle of abuse. Christensen is explicit in his description of the abuse Keith endured, often uncomfortably so. By choosing a first-person narration, the author steeps the reader in each violent act suffered by the main character. The inherent tension of this type of conflict makes for a compelling read; however, Christensen’s work could have benefited from further revision. While it is evident the narrative was composed with care, there are several mechanical issues that make for a clunky read. Misplaced dialogue tags, as well as multiple errors in syntax, may distract the critical reader.

A well-constructed cautionary tale of the problems facing families trapped in generational patterns of abuse.