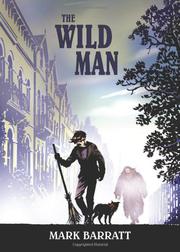 Joe’s second adventure is a tragedy of parallel lives and class divisions. Since his escape from the claustrophobic, danger-ridden alleys of Victorian London's Pound’s Field at the close of Joe Rat (2009), Joe has been robbed of his stash of toshed treasures, so he attempts street sweeping in upscale Lomesbury Square. The job’s requisite slick patter is beyond him, so he runs errands for one well-off family’s cook and is quickly mesmerized by the Harveys, whose strange, upper-class ways he studies through their dining-room window each evening. Joe’s role in foiling a burglary earns him the respect of Mr. Harvey, a banker and noted charity worker, and the avid, jealous curiosity of Alec, the Harveys’ wayward son. When Mr. Harvey brings Joe’s long-absent father back to England, he unwittingly brings out the worst in Alec, a fully three-dimensional nascent sociopath, whose desperate ploy for attention and glory brings Joe’s hopes to ruin. Readers will be pleased that the door is left open for a third tale of the enterprising, tough street kid with a genuine heart of gold. (Historical fiction. 12 & up)