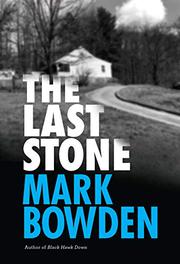 A Masterpiece of Criminal Interrogation

Riveting true crime from the ever capable author, focused on a heartbreaking 40-year-old cold case.

In his latest, Bowden (Writer-in-Residence/Univ. of Delaware; Hue 1968, 2017, etc.) explores weighty matters of guilt, policing, and truth-telling by returning to a once-notorious unsolved crime he covered as a cub reporter: the 1975 kidnapping of sisters Katherine and Sheila Lyon, 10 and 12, from a suburban Washington, D.C., shopping mall. “To me,” writes the author, “the story was sad and beyond understanding. Like everyone else, I waited for the police to find something and explain the mystery.” The girls were never found, so police periodically reinvestigated. In 2013, with possible cold-case approaches nearly exhausted, detectives found a tantalizing yet overlooked lead in incarcerated pedophile Lloyd Welch, a self-described “acidhead” who’d clumsily accosted authorities in 1975 with a fabricated eyewitness account only to be dismissed. Recorded interviews with Welch provide much of the book’s structure. A remarkable study in mendacity, he continually retold his initial story, gradually revealing his own apparent involvement in the girls’ kidnapping. Bowden writes of these interrogations, “hours of bullshit, then five minutes of half-truth. The pattern was as clear as it was vexing.” Welch also revealed disturbing connections to his scattered, dysfunctional family, whose history of incest, violence, and child abuse was covered up for generations. This led to an intense multistate investigation in the glare of significant media interest. “The detectives imagined the Lyon sisters as the guarded clan’s most deeply buried secret,” writes the author, “running through its shared memory like a subterranean third rail, known to all but too hot to touch.” Although the legal denouement is frustratingly opaque and leaves behind many unanswered questions, Bowden expertly maintains suspense as long as possible, re-creating the detectives’ painstaking efforts via the documentation of their bedeviling focus on Welch.

A keen synthesis of an intricate, decadeslong investigation, a stomach-churning unsolved crime, and a solid grasp of time, place, and character results in what is sure to be another bestseller for Bowden.