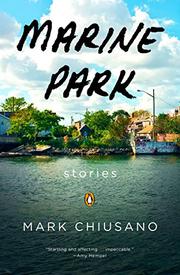 The 17 stories in Chiusano’s debut collection center on the people and events in a remote neighborhood of southeast Brooklyn.

Many of these stories feature family dramas and childhood memories with several recurring characters, most notably two brothers, Lorris and Jamison. Chiusano paints a vivid portrait of Marine Park, a strangely provincial portion of the city. An eccentric neighbor pets the children’s heads in “Palming,” the brothers ride the bus alone to buy Christmas presents in “Open Your Eyes,” and the same barber cuts residents' hair for years in “Haircut.” At their strongest, the stories uncover forgotten truths of youth, as when the narrator of “Air-Conditioning” remembers the “spring of people breaking their wrists.” But the quiet tales bleed into each other, and the scenes and characters soon feel too familiar. When Chiusano does break his established patterns, he finds varying levels of success. “Vincent and Aurora” opens with the routines of an older married couple but takes a surprising, action-packed twist that reads like a thriller and feels out of place. “Clean,” a similar misfit, follows the outbreak and spread of a strain of herpes among a group of friends in the 1970s. On the other end of the spectrum is “We Were Supposed,” a stylistic standout. The two-page story of run-on sentences is a litany of lost opportunities that builds a mosaic of a life unlived. “We were supposed to go see a movie, get coffee, return calls, kiss, be alone, share a meal together…” it begins. “Shatter the Trees and Blow Them Away” also benefits from deviating from the standard, traveling farthest from the titular setting. The story occurs in New Mexico at the testing facility for the atomic bomb during World War II. The love story that unfolds, while predictable, is told in stunning language and is a refreshing change from the typical themes of Chiusano’s work.

Though Chiusano proves himself a skilled storyteller, connections to Marine Park limit rather than unite these stories. A reader begins to wish Chiusano, like his characters, could break free.