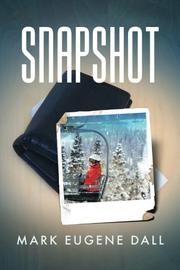 In Dall’s debut novel, an attorney woos a woman he once saw briefly at a ski resort.

In Utah, Pete Stanton spots a vibrant young lady, snaps her photo, and then loses sight of her. Years later, by chance, he encounters the same woman, whose name is Bennanne Twigg, and confides in her about the photo he’s carried for years. It turns out that both of them have recently broken up with significant others after long-term relationships. Surrounded by married friends, Pete is often reminded of his bachelorhood, and he believes Bennanne to be the one for him. He’s gung-ho to become romantically involved, seemingly out of fear of losing her. However, she resists, preferring to keep things light. After a verbose beginning, the story’s pace picks up after the two meet, with delightfully playful banter between the potential lovers. Although there’s a physical attraction, their sparring is primarily intellectual and often humorous (“I’m sure you can find me again.” “[I]t’d be a lot easier if I had your phone number.” “But that would take all the fun out of it”). Under her influence, Pete seemingly treads unfamiliar territory (including spending thousands on a new wardrobe), and rethinks his take on things. Bennanne is believable as a determined, intelligent young woman—a Fulbright scholar, a vegetarian and a teetotaler—who has no interest in being a male fantasy. Pete is equally credible as a man who’s long avoided commitment and may be his own worst enemy. As chapters amass, it becomes apparent that nearly every character is a comedian; Pete has as much bantering chemistry with his law partner, and others, as he does with the woman who might be the love of his life, and even a verbal exchange with Bennanne’s friend’s fiancé becomes a contest of sorts. Overall, the novel offers a linear approach, as might be found in a tale of an older, wiser man looking back on the girl in the snapshot. The story takes place in diverse settings, including San Diego and Paris, but it both sparkles and disappoints, and over time, reader sympathy for Pete diminishes. The ending may cause readers to wonder why the story devoted so many pages exclusively to Bennanne, and whether Pete has actually changed.

An uneven tale of romantic fixation, with entertaining dialogue along the way.

THE FAULT IN OUR STARS
by John Green
Newsletter sign-up