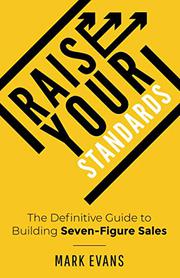 A young millionaire presents a new way of selling.

Debut author Evans is a millennial with a message: “The old way of selling is dead.” He says that he’s earned more than six figures a year since he was 24, first as a salesman and then as an entrepreneur. Now a consultant, he trains people and companies on how to develop seven-figure sales teams. He’s developed a straightforward sales process with four basic pillars: “Mindset,” “Prep Work,” “Selling,” and “Follow-Up.” A lot of how-to business guides cover similar ground, but Evans’ book is more nuanced than most; specifically, he notes how sales approaches can vary considerably depending on the players involved. He spells out what he considers to be the four main “people types”—extroverted “Party People,” nonconfrontational “People Pleasers,” hyperdetailed “Fact Folks,” and ego-driven “Bulls”—and explains the best ways to sell to each of them. He urges readers to take his people-typing quiz, as well, in order to learn who will be most receptive to their sales pitches. Evans’ overall premise is one that’s not often heard in business circles: “Money is great, but it’s the ‘why’ behind this money that’s going to motivate you,” and an entire chapter helpfully stresses the importance of staying true to oneself because “you are your most valuable asset.” Indeed, the book is much more reader oriented than task oriented, overall. For instance, in one exercise, which he calls “the big five,” he asks readers to identify their five primary life goals on an index card, stressing its importance: “If you don’t get anything else from this book, do yourself a favor, buy some plain old index cards and get busy.”