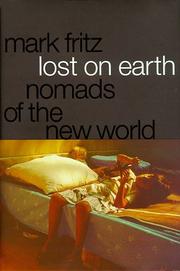 Nomads of the New World

A vivid account and thoughtful examination of history’s largest human migration. According to Pulitzer Prize winner Fritz, national correspondent for the Los Angeles Times, nearly 50 million people were forced to flee their countries by the mid-1990s as a result of the disintegration of the Cold War empire and the bloody civil wars that ravaged the former Yugoslavia and such African nations as Somalia, Mozambique, and Rwanda. Here he presents a compelling premise: while the refugee situations in Europe, the Middle East, and Africa have all been examined individually before, they had not, until now, been considered together as a representative late 20th-century phenomenon. Accordingly, the author seeks to convey the nature and magnitude of the problem, paradoxically, by focusing in on “how individual lives have been changed forever by abstract events.” In short, Fritz locates the larger narrative of human flight in discrete and concrete tales of persecution, struggle, and escape. All too often, these are the stories that go ignored by the American media; one must praise Fritz for bringing them to light. Among the people he introduces are a woman who slips out from behind a dissolving Iron Curtain in the trunk of a car, an Iraqi soldier who deserts in the wake of the Gulf War, and others . His is an ambitious book. Yet while the individual stories are powerful in themselves, the book doesn’t quite work as a whole. The recollections of various survivors are often told from their point of view, and while Fritz is a top-notch reporter, this sort of novelistic approach—in which he takes on the voices of others’sits uncomfortably with the subject matter. More importantly, while the book is interspersed with summations of each political situation and his own observations on the refugee problem, Fritz only pulls back to regard the larger subject in the book’s beginning and end. Dramatic stories of individual suffering, but without the larger framework the author wants to convey.