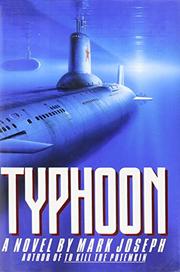 Hard-line Soviet submarine commanders rattle their rockets and threaten the future of democracy in the decaying empire. An American boat and a nonpolitical admiral stand between the Leninists and their goal. Real-life events have done damage to the setup of Joseph's second Soviet submarine thriller (after To Kill the Potemkin, 1986). Admirals Valotin and Deminov, who control the six enormous Typhoon-class ballistic submarines sailing from Arctic ports, plan to use nuclear blackmail to eliminate the threatened breakup of the Soviet Union. For the plan to succeed, the admirals know they must remove from action Admiral Zenko, the brilliant father of strategic submarine warfare. Zenko, who puts politics way behind seamanship, gets the tip despite his superiors' drastic security efforts, and takes his own Taifun safely from port just in time to go to war with his superiors. The battlefield is the White Sea, that great northern bay claimed in its entirety by the Soviets and off-limits to all other navies. Soviet rules notwithstanding, Taifun has company, the USS Reno, an American hunter-killer submarine with a skipper quite as skillful as Admiral Zenko. Reno tails Taifun, Taifun tails Sovyetskii Soyuz, whose Stalinist captain has programmed his missiles to hit Tblisi, Georgia, instead of the US. Torpedoes run. For those who can ignore the already dated politics: a tense, tight naval thriller.