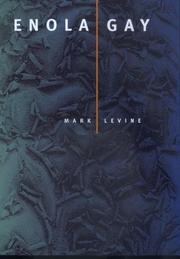 Levine is the author of a previous collection of poetry, Debt. He received a fellowship from the NEA and teaches at the University of Iowa Writers' Workshop. As a frequent contributor to the New Yorker and Outside, he has reported on environmental, social, and cultural concerns. Early on in this work, Levine presents several interesting excursions into the nebulous time of the ``Great War,'' when disease and disaster have ravaged the land and the gods were otherwise engaged ``pondering the sky from which they long ago fell.'' One is reminded of the dreamlike, postapocalyptic world of Walter Van Tilburg Clark's short story ``The Portable Phonograph'': Levine certainly seems to shares Clark's conviction that mankind is fated to selfdestruction and that, in a spiritual sense, it has already happened. Theirs is a gloomy doom of ashes and wastelands, damaged souls, and the broken contraptions of a civilization on whose grave they dance almost gleefully. Yet despite a promising start, Levine soon lapses into a private symbolism that becomes all too tedious to dissect. Picture, if you will, three Rod Serling Twilight Zone scripts about the end of the world, diced and blended and spliced, with every third word then expunged just in case any of it begins to make sense for longer than it takes to wind a melting watch. After a time, even Dali's landscapes appear habitable, if only because we have been there so many times before, haven't we—or is this all just dark déjà vu dreaming and shadowy foreboding?