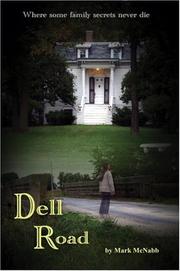 A mysterious death and ghostly sightings stir up a small Illinois town.

A muddied, dead body turns up at the intersection of Dell Road and the Jesse Kay Memorial Bridge in Billins, Ill., a sleepy hamlet renowned for its mysterious, unexplained occurrences. The corpse turns out to be that of Peter “Stinky Pete” Weldon, an aging, reformed town troublemaker. To most of the citizens, including the police, his death doesn’t come as a surprise since Weldon and his family had many run-ins with the law, as well as “connections to unusual and unexplained events.” The news startles local veteran police chief, William “Goots” Killen, who learns that the cause of Weldon’s demise is inconclusive except for a few defensive cuts and bruises. Word travels fast, and the death renews statewide interest in Billins, especially for Chicago-based, paranormal-obsessed, newspaper reporter (and possible mobster’s daughter) Connie Danci, who heads into town to uncover the truth. Eyewitness Janet Beverly reported seeing an apparition near the bridge where Weldon was found. Locals know this vision as the “ghost girl,” the spirit of Elizabeth Finney, a young child who had died 50 years ago on the Kay Bridge. Meanwhile, haunting dreams and strange happenings torture Weldon’s daughter, high school sophomore Jessica Lyons, who has her own personal demons to sort, thanks to a violent past and a shady family. Amid old secrets, haunted houses, unearthed bones and devil dogs, the story introduces a host of extraneous townsfolk (even in its final pages) and sheds light on Dell Road’s otherworldly hokum through chapters of lumpy prose. Though McNabb could have pruned his narrative down for clarity and character cohesiveness, the chugging plot keeps the reading lively.

Promise lurks inside this entertaining, wordy and densely populated mystery of unsettled spirits and family ancestry.