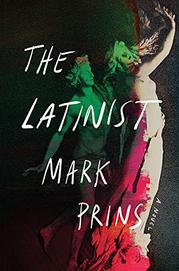 What do you do when you find out that the mentor supposedly advancing your career is actually sabotaging it?

Oxford graduate student Tessa Templeton, just about to receive her doctorate, is stunned when an anonymous email warns, “You may want to reconsider asking Christopher Eccles for a recommendation letter in the future.” Attached is a photo of a dismissive letter that has torpedoed her chances of a tenure-track university job despite her outstanding grades and a brilliant dissertation on Apollo and Daphne being considered for publication. Tessa thinks of Chris as a friend as well as her dissertation adviser; he rescued her from the University of Florida and a family of doctors who thought studying classical Latin literature was a ridiculous waste of time. True, she’s been a little uneasy about how personal their relationship is, especially now that he’s separated from his wife and her boyfriend has dumped her because she’s too wrapped up in her work. Now she fears that Chris is scheming to keep her at Oxford in a low-pay, no-future lectureship so she’ll remain under his thumb—which is exactly the case, we learn as the point of view shifts occasionally to Chris in this deftly plotted debut. There’s intrigue and deception enough for a spy novel as Tessa takes off for an archaeological dig in Italy to pursue traces of Marius, an obscure second-century Latin poet whose unusual use of choliambic meter has attracted her interest, repeatedly discouraged by her adviser. Meanwhile, creepy Chris has hacked her email and is busily plotting to further damage her prospects. Events come to a satisfying climax at an Oxford conference at which Chris and Tessa deliver dueling papers, but then the author tacks on a bizarre, gothic denouement that nothing in the development of his two main characters has prepared for. The novel’s subdued but pronounced feminist undertones suddenly morph into distasteful and implausible revenge porn that leaves a nasty aftertaste as the plot is hastily wrapped up.

Ninety percent of a smart, twisty thriller, but the finale just doesn’t work.