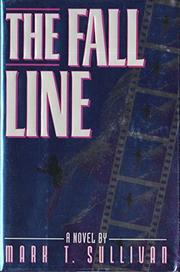 An unintriguing post-felony intrigue with a hero who gets away from it all (dead wife and child, pursuit by Latin American drug lords, burial in federal witness protection program) by hitting the slopes big time. Jack Farrell's an adrenaline addict who—we learn in flashback—responded to the crib death of his baby daughter by whisking his grieving wife, Lena, a nurse wrestling with demons he was only dimly aware of, away from Chicago to California. His boring, lucrative new job there as head of tiny San Diego First Fidelity's foreign investment department offered one chance for excitement: sending the department's capital base skyrocketing by accepting the dubious transactions of Mexican importer-exporter Gabriel Cortez. Jack gradually realized he was getting taken for a ride by a Colombian drug cartel, but he couldn't help himself: ``Farrell was now fully into the world of money-laundering, hooked on the rush, a junkie for danger.'' Now, back in a present sans Lena, his parents, his bank job, and his old identity, he takes a novel approach to going underground, agreeing to appear in megalomaniac film director Inez Didier's documentary on extreme skiing—a devil's compact that'll take him on some hair-raising downhills from Utah to Tahoe to the Tetons, with vampirish Inez constantly devising new challenges (collision-course skiing, skiing blindfolded, skiing on thawed snow) for Jack and his fellow recruits, one-eyed Matthew Page and Rastaman Jerry Milburn (a.k.a The Wave). The endless ski sequences push so hard for excitement that they become narcotizing. Like Jack, Lena, and Gabriel, Inez is battling nasty family memories (Do you think these guys could all be related?) that produce terrific footage, sex-and-power games, and broad portents of disaster. First-novelist Sullivan tries for Hemingway on powder but ends up remaking The Stunt Man with Leni Riefenstahl in the Peter O'Toole role, intercut with soporific flashbacks to a B-grade drug film.