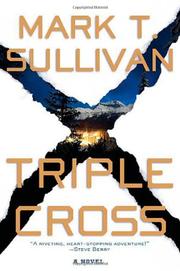 Snow and clichés pile up in the latest from Sullivan (The Serpent’s Kiss, 2003, etc.).

A helicopter lurches through cross winds as a blizzard bears down on the mountains of Montana on New Year’s Eve. On board, the general of the Third Position Army (“[A] pit-bullish man with a glare like an axe falling”) readies his followers for an attack on the Jefferson Club, an exclusive resort. Their target: the seven richest men in the world, who gather with a Grand Hotel cast, stereotypes all. There’s Albert Crockett, “the infamous corporate raider,” Sir Lawrence Treadwell, a British tycoon who enters sniffing a cigar, and Horatio Burns, who brought himself up from poverty and orphanhood to own and run the hotel. Then there’s “Mickey” Hennessy, the man’s man who heads security. Recovering from divorce and substance abuse, Hennessy, his teenage triplets in tow for a holiday break, faces a lonely new year. The army lands, takes over swiftly, impervious to cries for mercy. “We couldn’t care less, you corrupt, gluttonous bastard of a whore,” the general sneers at one victim. The richest seven, it appears, face trial and punishment for their crimes against civilization. But Hennessy escapes the hotel, joining forces with local police and then with the FBI, whose number happens to include Cheyenne O’Neil, a “tough babe” Mickey finds attractive. Back at the hotel, the trials ensue, played out on the Internet and affording viewers the opportunity to determine guilt or innocence. Votes of guilty avalanche the defendants, who are taken out to be burned, drowned or sent running through the frigid night wearing only underwear. Left behind, the triplets embark on a Spielbergean adventure, defending themselves with rifles that shoot paint balls and hiding out in secret passages. Desperate to save his kids and the guests, Hennessy and a 50-horse brigade ride to their rescue.