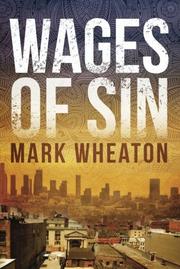 From the Luis Chavez series, volume 3

At dinner, Story’s girlfriend and co-worker, Naomi Okpewho, tells him that she’s just stumbled across some troubling information about Charles Sittenfield, a banker, who’s under investigation for his wife’s murder. Specifically, Naomi has found evidence of “something that could lead to additional charges outside the scope of this investigation.” However, on her drive back home, Naomi dies in a suspicious accident, and Story figures that it must be related to the Sittenfield case. At the same time, Chavez is dealing with a crisis of faith: he can no longer hear God’s voice, and he feels as if he is going through the motions instead of being a true vessel for the Lord. He’s also troubled by his estranged father’s reappearance in his life. Story is attacked while meeting with Gennady Archipenko, a money launderer who works at Sittenfield’s bank, and this leads to the death of one of Chavez’s parishioners, drawing him, reluctantly, into the mystery. Together, Story and Chavez uncover a massive financial conspiracy that puts their lives—and those of everyone in their orbit—in peril. Wheaton is skilled at plotting, always keeping the revelations and twists coming. He also knows when to punch things up with a firefight, which he does often. The prose is dialogue-heavy and often stylistically plain. Still, Wheaton does offer some clever turns of phrase, such as Story’s foreboding realization that “the mouth of my grave has opened.” The characters sometimes stray into cliché—a drug-cartel boogeyman, a Russian white-collar-crime maestro, a young computer whiz. But Wheaton creates some real emotional tension as Chavez investigates the Roman Catholic Church, the very institution to which he’s pledged his life. The various connections of the money-laundering conspiracy can stretch credulity at times, but most of the plot threads are neatly tied up by the end, which includes hints of more stories to come.

An often entertaining, action-heavy thriller that hits some familiar beats.