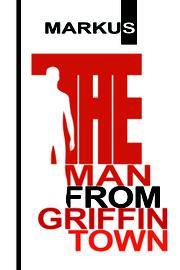 THE MAN FROM GRIFFINTOWN

A Canadian man’s sudden, unexplained invisibility makes him a target for countries determined to abuse his new powers of stealth in this debut thriller.

Georges Delson wakes up one morning to realize that he’s invisible. The Montreal native at first takes advantage of others’ inability to see him by stealing valuables. But when he humiliates despised former employers—called X , Y, and Z—he catches unwanted attention. His ex-bosses and the authorities pinpoint Georges as the possible culprit. He nonetheless finds an empathetic soul in Stéphane Laroche, a “good-looking” single female police captain who investigates cases involving unseen assailants (and whom he meets when he slips into her home one night while she’s drinking Grand Marnier). Others are less friendly: X, along with CIA and Russian agents, want Georges’ presumed technology or “formula” that makes him invisible. Georges soon learns that he had been an unwitting participant in an experiment, and one particular country later turns him into a type of covert agent primarily used for assassinations. As years pass, a sinister project creates Georges clones to carry out terrorist acts. Stéphane, whose feelings for Georges gradually deepen, searches for this elusive man whose life may be in danger. She also dodges attempts on her life, as she’s aware of Georges’ invisibility, and joins others in hunting whoever is behind the terrorist strikes. Markus’ book collects a trilogy, originally published in French, and the overall story is seamless and sharply paced, though generally somber. Book 1 is the strongest, as it focuses on Georges and learning the perks—and pitfalls—of his initially mysterious condition. The narrative becomes much denser by Book 2, as it expands to additional countries beyond Canada and to global concerns such as climate change. The final book organically shifts further toward SF, including a significant time jump and advanced artificial intelligence. The ending, however, introduces startling new elements that suggest a sequel more than they offer resolution.

A protagonist’s invisibility ignites a distinctive thriller jampacked with plot.