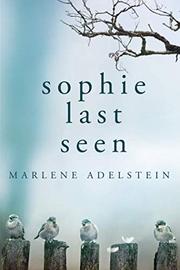 A debut thriller tells the story of a woman’s reinvigorated search for her long-missing daughter.

Jesse Albright last saw her daughter, Sophie, six years ago near a circular rack in the kids’ section of the mall clothing store Zone. Every week since the 10-year-old went missing, Jesse has returned to the same spot with the irrational hope that she might find her child: “She’d always told her daughter that if they ever got separated, she should go back to the last place they had been together.” The intervening six years have been hard on Jesse, who frequently talks out loud to her missing daughter even when other people are around to hear it. She’s lost her husband and now toils at a used bookstore, where Star Silverman, who was Sophie’s best friend, has just begun working as well. Star grasps that Jesse is uncomfortable around her and that the woman is having an affair with a married realtor. The teenager also knows about another missing girl whom private investigator Kentucky “Tuck” Barnes has come to town to find. Star has her own guilt surrounding Sophie’s disappearance, and when she and Jesse begin to finally share clues, the girl’s case starts suddenly to seem a little less cold than before. Adelstein’s prose is sharp and haunted, and her traumatized characters are not shy about sharing their grim imaginings of what happened to Sophie. “Her decomposed body is lying in some ditch,” the surly Star tells another teen. “Or her bones are in a Hefty bag in some hand-dug grave after she was forced to commit vile sex acts on some pervert.” Some of the aspects of the plot, like 10-year-old Sophie’s deep interest in bird-watching, strain credulity a bit, but the characters are generally quite convincing, and the narrative is highly engaging. The devastation wrought by Sophie’s absence infects nearly every interaction. The relationship that forms between Jesse and Star—which becomes based on more than simply Sophie’s disappearance—turns out to be nearly as compelling as the mystery itself.

A finely crafted tale about grief and mother-daughter relationships.