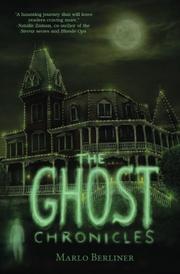 From the The Ghost Chronicles series, volume 1

In this YA supernatural debut, a teen’s death renders him a ghost, who finds romance, confronts demons, and wonders why his soul, unlike so many others, hasn’t moved on.

Eighteen-year-old Michael Andrews has a lot going for him. Co-captain of his high school basketball team, he’s set to play at the University of Pittsburgh, where his girlfriend, Melissa, will join him. He certainly couldn’t have anticipated his highway car accident, but is truly shocked when his spirit separates from his now-lifeless body. Invisible to family, he wanders to recognizable places until finally meeting Tom, another ghost. Tom teaches Michael about his spectral capabilities, like telepathic links with both the living and dead, and tells of the Elders, who essentially govern ghosts. The afterlife doesn’t seem so bad once Michael befriends and ultimately falls for Sarah McConnell, who’s been haunting a historical bed-and-breakfast for decades. But despite all of Tom’s help, Michael feels sure that his phantom pal is hiding something. Soon Michael has a run-in with a bona-fide demon who marks him, which, according to Tom, means the devil finds the teen a particularly important soul. Michael’s tormented by guilt over Melissa, especially with his newfound love for Sarah. But while he struggles to keep Sarah safe from demons’ relentless pursuit, he’s determined to know why he’s “stuck” in his phantasmal state. Much of the book doesn’t stray far from convention: Michael, transparent, can be sensed by babies and animals, and gradually learns how to catch the living’s attention (for example, moving objects). But Berliner’s touches give her novel innovation, including real-world connections, from events (Tom died during 9/11) to myriad late celebrities and historical figures whom Michael spots. There are likewise ghosts of creatures that aren’t necessarily human, as well as vampires, whose depravity, perhaps not surprisingly, is comparable to demons. Michael’s journey even entails a moral dilemma: he realizes too late that he should abide by the Elders’ rule of not interfering with the living when he believes Melissa’s in danger. Nevertheless, readers may be as frustrated as Michael when the ever-evasive Tom answers few questions, saving most explanations for the sequel.

Some of the story covers familiar terrain, but bonus dramatic and paranormal elements give this winsome tale flavor.