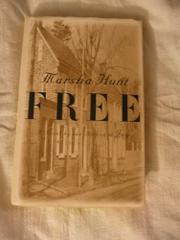 Actress Hunt (Broadway star of Hair, mother of Mick Jagger's first child) follows two previous books (an autobiography published in England; a novel, Joy, 1991) with an old-fashioned race-and-sex melodrama set in Germantown, Pennsylvania, in 1913. Theodore ``Teenotchy'' Simms, 19 and black, works hard at cleaning house for the old Quaker he reveres—a man whose genuine concern is adulterated with self-interest and guilt—and at blocking out ugliness; Teenotchy's mostly repressed the childhood memory of witnessing his mother's rape and murder. But there's a lot he doesn't know: angry, hard-working Aunt Em, with whom he lives (who never considered herself a ``slave'' but rather a ``hostage''), is actually his grandmother; she bore his mother to the white master who later took sexual advantage of his own child. Meanwhile, Teenotchy's docile simplicity can't last after he takes a second job in the Tewksbury stables—he's a superb horseman—and meets visiting English aristocrat Alexander Blake. Alexander has romanticized black people ever since Uncle Tom's Cabin, and his uncertain sexual orientation comes clear as soon as he lays eyes on Teenotchy. This dangerous infatuation, in the midst of a virulently racist and homophobic society, may open the world to Teenotchy—or lead to disaster. Heavy-handed—but the 1913 setting provides some richness (the beginning of the modern era—a scant 50 years after Emancipation- -was not far, culturally, from the slavery era); the love/hate sexuality between master and slave is almost unbearably painful; and there's interest in seeing this familiar pulp material from an African-American perspective.