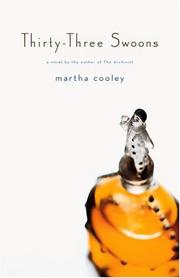 Russian director commandeers a woman’s dreams, forcing her to redefine her tortured notions of family, in Cooley’s second (after The Archivist, 1998).

Camilla Archer, daughter of deceased master perfumer Jordan Archer, should be happy. The owner of a theatrical curio shop in Manhattan, she’s enjoying a playful affair with consummate handyman Nick. Her group includes Stuart, a wisecracking gay mentor, her ex-husband Sam (they split because she didn’t want children) and her cousin Eve’s daughter, Danny. But Camilla’s dreams are being stage-managed by a mysterious masked figure who will be revealed as the spirit-essence of Vsevolod (“Seva”) Meyerhold, a Soviet theater director eliminated in a Stalinist purge. He designs Camilla’s dream-plays in order to groom her as a worthy repository of Meyerhold’s contrary imagination, which calls for the expression of sorrow through cartwheels and taking roles as sad but ebullient commedia dell’ arte characters. These unsettling nocturnal events prod Camilla to come clean with her intimates, whose fierce loyalty to our prickly and recalcitrant heroine is rendered believable by Cooley’s assured yet unassuming eloquence. What does Camilla, at age 50, have to hide? Plenty—like having assisted, 20 years earlier, in the suicide of her terminally ill father. Eve, whom Camilla grew up with (and who has now recently died of meningitis), was always obsessed with Jordan, and even now Camilla (whose birth—unplanned—caused her mother’s death) still harbors resentment of Jordan’s seeming preference for Eve, a reference that may have resulted in the quasi-incestuous coupling that may have resulted in Danny. Though visceral imagery and scented symbols infuse and deepen the narrative, there are times when the interludes of Meyerhold’s real-life ordeal threaten to trivialize the present-day story. Still, motifs of artful disguise and neglectful or surrogate parentage intersect like nested Russian dolls as these curiously joined lives play out in an atmosphere as insular and fractious as that created by a cell of feuding Bolsheviks.