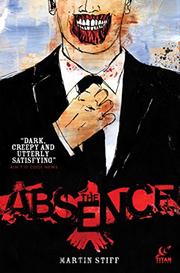 At the center of this tale set amid the cliffs, moors and pub of a seaside English village are dapper, disfigured veteran Marwood Clay and Robert Temple, an aloof scientific visionary who fought—and won—World War II on a radically new front. Marwood was born in the village, but he and Temple are both considered outsiders thanks to a fiery tragedy in Marwood and the villagers’ shared past. Temple has come with deep pockets and bizarre plans to erect a mammoth, meticulously designed structure referred to by his local foreman as “this pile of shite.” After an initial, congenial introduction, Marwood and Temple soon find themselves at odds as each attempts to engage with the villagers. Meanwhile, the village struggles with a rash of inexplicable disappearances. Is it murder? Is it Marwood? Or does something darker lurk beneath the village’s quaint facade? An opening scene of a localized cataclysm shares the date with the atomic bombing of Hiroshima, quickly establishing a connection between advanced technology and primal fear (exemplified by Temple’s boss, a decrepit, amputee government agent who wants Temple’s knowledge to further his own agenda). The story maintains a creepy atmosphere throughout, with elements of The Twilight Zone, The Manchurian Candidate and Donnie Darko, well served by Stiff’s simple, expressive black-and-white illustrations that have the outsized chunkiness of Howard Chaykin and the energetic crudity and classic paneling of Steve Yeowell. Stiff stuffs his story until it bristles with science-fiction tropes like liquid mirrors, sinister German doctors, prognostication via equations, crumbling religious iconography and nods to Schrödinger’s cat, but the sheer number of ideas and the brevity of the series give any individual concept short shrift.

An enjoyable creeper that needs a bit more room to run.