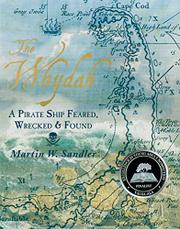 Sandler tells the exciting true story of the only wrecked pirate ship ever found and the mysteries it revealed.

Commissioned in 1715 in London and christened the Whydah after the West African slave-trading kingdom of Ouidah, the vessel was a galley ship configured as a heavily armed trading and transport ship for the Atlantic slave trade. In February 1717, the Whydah was attacked by pirates under the command of “Black Sam” Bellamy, who made the vessel his flagship. Bellamy and his newly captured ship menaced the coastlines of Colonial America until it was wrecked two months after capture in a nor’easter along the shoals of Cape Cod. The treasure-laden wreck was found in 1984 by marine archaeologists, and Sandler explains that 30 years of expeditions have “resulted in the discovery and retrieval of thousands of artifacts that increase our knowledge of the Whydah’s history and dramatically alter our perception of pirates and their way of life.” Sandler offers an insightful look at how different the realities of pirate life were compared to how it has been mythologized in popular culture. Instead of finding eye patches, wooden legs, rum bottles, and parrot remains, archaeologists discovered artifacts such as medical syringes, surprising for “an age when medical knowledge and practice were primitive at best.”

A fascinating, vivid look at what one shipwreck reveals about the realities of the “Golden Age of Piracy.” (maps, photos, source notes, bibliography) (Nonfiction. 10-14)