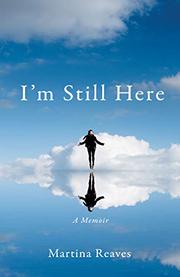 A cancer survivor recalls her treatment, recovery, and life before her diagnosis in her debut memoir.

In the “uncommonly hot” summer of 1969, Reaves relocated to San Francisco after two years at Pomona College in Claremont, California. The opening chapter describes her going about her summer job answering calls at the Greyhound bus company and meeting an alluring streetcar driver named David. The memoir then fast-forwards to 2008, when Reaves was diagnosed with tongue cancer. The author sets about recounting her earlier years in which she lived in a six-bedroom commune started by David, whom she later married before they relocated to the British Virgin Islands to work as teachers. Chapters that chronicle the various stages of her cancer treatments are interspersed with those that tell of her attending law school, coming out, and meeting her life partner, Tanya. In 1986, Reaves gave birth to their son, Cooper, and afterward had chemotherapy for lymphoma. Her memoir is about how she learned to live her life regardless of her challenges, and she is skilled in conveying complex emotions. Recalling her drug regimen for tongue cancer, she writes: “I imagine my death, my memorial service, life in my household without me. Tears flow randomly, without warning. At times, I’m at peace, gazing out the window at brilliant blue skies and leafless trees, feeling the golden light pouring over my bed where I doze.” Such passages evoke an overwhelming sense of pathos. Other aspects of Reaves’ richly textured life are hurriedly described. In depicting the Virgin Islands, the author attempts to set the scene in the space of a sentence that doesn’t transport the reader: “St. Thomas teems with life: kids yelling, dogs barking, horns tooting, music blasting, parents yelling, mosquitoes buzzing, mice skittering, cockroaches crunching, lizards slithering, everyone laughing, laughing, laughing.” The central focus of the memoir, Reaves’ battle against cancer, is reflective and hopeful but not a step-by-step guide to coping. The emphasis is on the author’s courageous journey, which is in itself empowering.

A story rich in emotional description but hastily recounted at times.