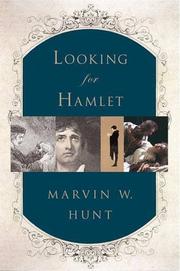 A riveting primer on the work many deem Shakespeare’s greatest.

Hamlet is “the single most important work in constructing who we are, especially in how we understand our psychological, intellectual, and emotional beings,” writes Hunt (English/North Carolina State Univ.), because it “enacts a radical and unprecedented internalization of reality.” (Reading it, Dostoevsky heard “the groaning of the whole numbed universe.”) Using as a springboard Hamlet’s famous remark from Act II Scene ii, “There is nothing either good or bad, but thinking makes it so,” Hunt convincingly argues that both the play and Shakespeare’s most enigmatic character have figured largely in how subsequent cultures have defined themselves through their interpretations of this drama, which brought some 600 new words into the English language. The author also supplies the tragedy’s history, showing that the story of Hamlet originated with 12th-century Danish historian Saxo the Grammarian and was first popularized in Shakespeare’s day by François de Belleforest and perhaps Thomas Kyd. Hunt discusses the significant variations among the three Shakespearean versions: the first and second quartos of 1603 (Q1) and 1604/5 (Q2), as well as the First Folio (F1) of 1623, which appeared seven years after the Bard’s death. Hunt’s comparison of Q1 and Q2 yields a beautiful close reading of Hamlet’s character, and his controversial view that F1 follows Q1 more closely than Q2 makes even a Shakespeare novice appreciate just what’s at stake in the editorial decisions surrounding any modern edition.

With its astute analysis of major issues within the play, accessible overview of the history of their interpretation and a reading of contemporary criticism sure to set alight a few rooms in the ivory tower of Shakespearean studies, Hunt’s work offers something for casual readers as well as literary scholars.