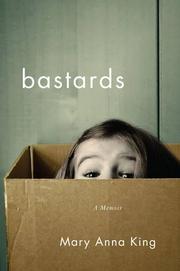 A young woman’s account of how a dysfunctional family situation caused her to become separated from her six siblings but how all seven still managed to reconnect.

New Jersey native King was the second-oldest child of working-class parents “whose passions burned like an incinerator and swung wildly from love to hate and back again.” By the time her fourth sibling was born, her father began actively disappearing. Strapped for cash, the author’s mother put her third child, Becky Jo, in the care of her parents in Oklahoma. From that moment on, life in the King household followed a predictable pattern: the father would return temporarily, then leave his wife pregnant with another child who would get adopted as soon as it was born. When King’s parents finally divorced, they decided to send both King and her elder brother to join Becky Jo in Oklahoma. A Yankee girl in a place where it seemed the natives thought “the Civil War [was] still going on,” King gradually—though uneasily—settled into the life thrust upon her. She eventually accepted a name change and became the family golden child. Yet she never forgot the brother whom her grandfather, in a fit of rage, sent back to New Jersey for misbehavior, nor could she forget about the siblings she had never met. King returned to New York for college, preparing for the day she would meet the siblings she knew would come looking for her. She desired to be “a person worth finding, worth keeping.” As King made peace with her parents, each of the children, all girls, who had been adopted found her. Working together, the author and her siblings then began the difficult task of reclaiming the familial ties that had been denied them. King not only explores the impact of disrupted relationships; she also eloquently probes the meaning of both love and human connectedness.

A poignant memoir that thoughtfully examines a set of difficult and unique family relationships.