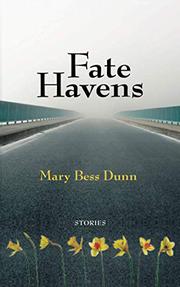 This set of interconnected tales addresses societal expectations and the persistence of familial love.

Dunn’s debut is a story collection, but the linkages between each entry make it read almost like a novel. Readers follow Roslyn Hansen Meyers from the first story, “Worthy,” as she battles her emotions about a large, beautiful family tree, drawn on parchment, which she’s purchased for herself. “Under a Different Sun” begins in 1978 and shows Roslyn’s struggle, over years, as her love for her gay son finally manages to overcome her homophobia. The stories later examine her husband, William, and her daughter, Ruth. Again and again, the stories return to core questions: What is a good life? What do we owe to family? In “Pending,” Dunn explores end-of-life concerns by having William and another character discuss Roslyn’s Alzheimer’s disease frankly. Every story offers stark, clear language and a world of unspoken implications, and they’re often masterful works of understatement. The story “What It Takes”—in which an adult Ruth works hard to invest herself in the life of a troubled young girl—goes into marvelous depth, lasting longer than expected and deeply exploring how far one can and should go to help another. Ruth's daughter, Rosalie, gets married in “Certain Kind of Mother” in a tale that brings out Ruth’s uncertainties about her choices as a parent. The final, somber story, “Staying Alive,” features Rosalie pondering her own life. Through it all, Dunn’s characters never settle into simple emotions, and many stories have an engaging mood of nostalgia, tinged with sadness.