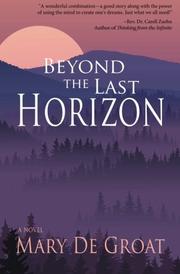 Beyond the Last Horizon

The lives of five friends intersect on their respective journeys toward happiness and success.

In this part motivational, part self-improvement debut novel, five friends obsessed with wealth and success try to turn their lives around for the better. Carrie Kendall is the granddaughter of a prosperous businessman who reassures her, “Whatever you can imagine can come true.…You have the power inside you.” Upon his death, he entrusts her with the family’s corporation, Kendall Innovations Incorporated, and she’ll do anything to ensure that she will someday become its president. Gina Stevens is her only friend, a model who has been able to skate by just on her looks. After a near-death experience, Gina remembers a card she received from a stranger after running away from home that read, “I gave my life to become the person I am right now. Was it worth it?,” resulting in a resolution to “make some changes in her life.” David Hendricks, a corporate businessman, gets caught up in a life of drugs and partying. He cheats on his wife and ignores his children. His drug dealer, Hank Johns, grew up on the streets of Las Vegas, hustling and hoping for a better situation. After a traumatic encounter with David, Hank dedicates his life to his young son, but David faces more trouble getting his act together—until he meets Sara Collins. After enduring three marriages and getting fired from her dream job, Sara follows her mother’s advice that “thoughts are powerfully creative” by starting her own event planning company called Dare to Dream. Though filled with complex characters, this novel’s plot is often summarized, giving the story a rushed quality, and the major events that become catalysts for changes in the characters’ lives rely too much on melodrama. But to De Groat’s credit, the protagonists’ odysseys toward finding stable family relationships and healthy romances are inspirational, and her message is ultimately positive. Through Sara, she reminds readers that “Love equals happiness; happiness comes from sharing with people I love.”

A captivating novel about five characters’ fateful decisions that should leave readers feeling inspired to make positive changes in their own lives.