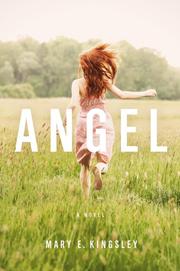 Kingsley’s debut, a bildungsroman with humor, mystery and magical realism.

Thirteen-year-old Angel Bishop’s father hasn’t been in her life since she was a baby. The few stories she can glean from her mother, Ruth, and grandmother, Naomi, do little to elucidate who he is or why he’s lived apart from them for so long. In addition to her despondency in believing herself to be the cause of his absence, she resents her family members, who refuse to tell her anything meaningful about him. When a phone call suddenly announces his return for Thanksgiving, confusion and trepidation overshadow any happiness she thinks she ought to feel. With the help of Old Susan, the town recluse, and her Aunt Patsy, a resident of the local mental institution, Angel attempts to discover exactly why he left. In the process, she learns more than she ever expected about her family’s secrets and her own role in the mystery. Amid all of this, Angel also contends with classic teen concerns like friendships, school, first love and puberty. Kingsley’s eloquent prose breathes life into Angel’s trials and tribulations. Angel’s sensory awareness and appreciation, from the natural beauty of her small Appalachian town to the smells emanating from her grandmother’s kitchen, add richness and depth to the story. For example, in a passage describing her idea of an autumn spirit, she explains, “[C]ome November, she leans her head into the wind as her wild skirts are stripped away, leaving her branches bare like bony limbs reaching out for something.” While Angel’s voice may leave some readers wishing for a bit more originality, taken in concert with the dynamic secondary and even tertiary characters, any shortcomings will likely be absolved. Kingsley uses a subtle touch with magical realism, providing just enough to imbue her story with a fitting sense of enchantment. She also deftly avoids a saccharin or trite conclusion, instead maintaining a high level of believability.

A winsome debut certain to garner a readership well beyond the YA genre.