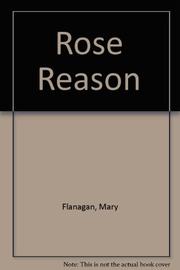 Expatriate Flanagan, writing from London, trains her gaze back across the Atlantic—at least in the strongest sections of this second novel (following Trust, 1988, and the collection Bad Girls, 1985). It's the story of Rose Mullen, a girl from the mean, narrow world of a Maine milltown, ``a shallow pit that rimmed the lives of its inhabitants, keeping them tame and biased so that they worked well and were content with short-term improvements.'' Rose's young years are harrowing, for she loses her mother, is basically abandoned by her father, and fobbed off on a spinster aunt who lives for the joy of attending Mass. A love affair with a rover named Travis shows her what she must do—leave, regardless of the fact that it means lying her way out of town and leaving dear old Aunt Bernie high and dry. Her search for Travis (who's disappeared, as so many of Rose's men will do) takes her to N.Y.C. in the Sixties, complete with stoned-out loft parties, art films, rambunctious sex, and weird makeup. But the New York scene eventually breaks up, and Rose sets off on a long float around Europe, ending up nursing an old Czech stroke victim in London and pining after a duplicitous fellow named Miles, from whom it takes her much too long to cut loose. Flanagan is talented—a bottomless well of detail and apercus, wonderfully evocative on the Sixties, full of mystery and suggestiveness. But her plot, which starts out not only confident but rooted in credibility, loses itself and then turns febrile, making one wonder in the end what all the bother's been about.