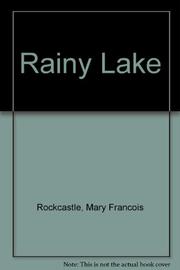 Select passages of assured writing distinguish this otherwise ordinary debut novel of family drama. Danny Fillian is 11 in 1963 when her parents buy a run-down cabin rather than the pristine beach house that her architect father admires in Rainy Lake, N.J. In ensuing chapters Danny chronicles the summers up to 1970 as she, her parents, and her older brother, Bryan, settle into the summer community. Rockcastle carefully fills in gaps about the in-between months as well, creating an excessively concrete and plot-driven narrative whose action feels more planned from above than motivated by the characters' personalities. The author weaves in recurring themes but often heavily telegraphs future activity. When in 1964 Danny meets the boy who will become her first love—the bookish girl drops her copy of Jane Eyre in the water, and he retrieves it for her—the moment is played up with irritating insistence; clearly the 12-year-old will have to wait a few more chapters before they can get together. Romance has a prefabricated feel in this novel, which offers someone for everyone except Danny's parents, who grow apart as her father's drinking intensifies. In the background, the '60s are heating up and—as expected—intergenerational tension ensues. Danny's voice is occasionally startling enough to jolt the proceedings, particularly when the now-adult narrator demonstrates her maturity. Spare, quiet imagery (``Memory is a little like the rosary beads I keep wrapped up in the back of my bureau drawer'') adds impact but is too infrequent, as are Danny's flashes of humor and individuality. Her personality comes through when she saves the condom from the first time she has intercourse in the same box that harbors childhood paraphernalia like her first pair of nylons and her birthday cards, but more often she just seems stiff. No day at the beach, but not a total washout.