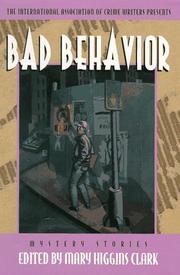 Twenty-two tales of murder, suspense, and twisted psyches from both new and established writers of crime fiction. Most of the stories feature young people, dysfunctional families, or both: In Barbara Steiner's ``Mother Always Loved You Best,'' a twin survives her murderous sister's attack, then learns who instigated it (see story title); an abusive father suddenly becomes a pile of wrapped Christmas presents (maybe) in Joyce Carol Oates's exquisitely macabre ``The Premonition''; and V.I. Warshawski hunts down a runaway teenager in Sara Paretsky's profane, hard-boiled ``Maltese Cat.'' There is plenty of violent crime here, but it's usually not described in detail, and the misfeasance is sometimes relatively minor, or leavened by an ironic twist: In M.E. Kerr's ``The Green Killer'' a mediocre student steals an essay from his brilliant cousin, only to discover that it had been copied, word for word, from Isaac Asimov; in John H. MaGowan's ``Darker Than Just Before The Dawn,'' a serial killer hunts people who utter platitudes. The lack of author bios or thematic links (stories are arranged in alphabetical order by author) make the parts of this collection greater than its sum; but nearly all of the contributions are either new or making their first book appearance, and the level of storytelling is consistently high. A wide-ranging sampler for fans, new and old. (Fiction/short stories. 11+)