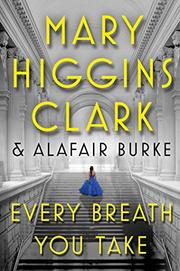 EVERY BREATH YOU TAKE

Laurie Moran, intrepid executive producer of the true-crime series Under Suspicion, agrees to reopen a cold case so recent that it’s hardly fair to call it cold.

In the three years since Virginia Wakeling celebrated a gala at the Metropolitan Museum of Art, where she served as a trustee and a generous donor, by taking a header off the museum’s roof, no one involved has changed their minds about who was responsible. Every single member of Ginny’s family is convinced she was murdered by Ivan Gray, a bodybuilder 20 years her junior who they’re convinced was less interested in her than in the fortune she inherited from her developer husband. Ivan has never stopped protesting his innocence, and now he’s convinced Under Suspicion host Ryan Nichols, whom he’s been training at the successful Manhattan gym into which Ginny pumped $500,000, to reopen a case NYPD Detective Johnny Hon is hardly ready to call closed. Much as she dislikes getting rushed into a story, especially by a host who’s clearly made up his own mind about Ivan’s innocence, Laurie (The Sleeping Beauty Killer, 2016, etc.) agrees that it’s a perfect story for Under Suspicion and promptly sets about harassing the family. At least that’s how Ginny’s children, Carter and Anna, who run the family business; Anna’s husband, commercial real estate lawyer Peter Browning; and Ginny’s nephew, long-marginalized Tom Wakeling, would describe it. Instead of a courtroom, Clark and Burke once more provide taping sessions during which Laurie, Ryan, and assistant producer Jerry Klein get to cross-examine the Wakelings in the hope that one of them will confess on camera (which doesn’t happen) or get angry enough to take a swing at Ryan (which does). But it’s hard for Laurie to put her heart into a case to which every party acts guilty, especially when that heart is still yearning for Ryan’s predecessor in the host’s seat, Alex Buckley, who was last spotted headed toward a federal judgeship.

Readers who recognize early on that the most suspenseful question here is whether the heroine will regain her lost love will know perfectly well whether this latest installment is for them.