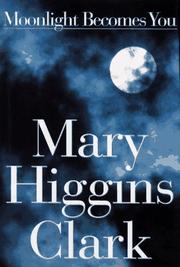 The arresting opening tableau—a young woman buried alive in a satin-lined coffin—is a perfect image for the sleekly cushioned menace Clark dispenses in her 13th novel (Silent Night, 1995, etc.). Flashback 20 days to the night photographer Maggie Holloway meets her long-ago stepmother, Nuala Moore, and Nuala invites her to visit her place in Newport. Before Maggie's arrival, though- -and, more crucially, before Nuala can carry out her plan to move into the nonpareil Latham Manor Residence—Nuala is killed and her house ransacked, and Maggie finds to her astonishment that Nuala's will leaves the Newport house to her. Why would anybody want to kill an inoffensive old lady like Nuala? Well, somebody might be trying to pick up her house for a song (somebody like Nuala's attorney Malcolm Norton or shady broker Douglas Hansen); or somebody might be after the fat deposit the next applicant for Nuala's new suite would have to pay Latham Manor (somebody like incompetent director Dr. William Lane or nosey nurse Zelda Markey); or somebody might need to shut Nuala up about her knowledge of several other suspect deaths, with another still impending, of Latham Manor residents (whoever may have helped those residents into the great beyond); or somebody might be just a little obsessed with the whole subject of death (somebody like wild-eyed funeral expert Prof. Earl Bateman). As usual in her recent work, Clark ends up tying all these threats in together, so that the land grab, the nursing-home deposit scam, the investment fraud, the sinister messages sent by a series of funeral bells, and the Latham Manor murders all turn out to be the work of a single diligent soul, who (don't forget) has the same wicked designs on Maggie as on Nuala. About average for Clark's G-rated thrillers, as if you were counting—with enough material on funerary customs to make you resolve to live forever. (Literary Guild Main Selection; author tour)