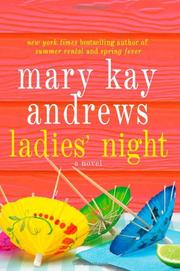 Lifestyle blogger Grace Davenport Stanton is required to attend divorce group counseling sessions after driving her husband’s expensive Audi into their swimming pool in a fit of rage. But who can blame her for acting out? Worried about her husband’s whereabouts, Grace discovers Ben and her very nude and much younger assistant, J’Aimee, in a compromising position in the front seat of the car. After her tirade, Grace finds herself living in her mother Rochelle’s apartment above the family-owned bar; attending divorce counseling sessions mandated by Judge Cedric Stackpole; and, thanks to Ben, unable to access her blog and bank accounts. Forced to begin anew, Grace creates another blog, kicks into high gear taking on a renovation project, which she shares with her readers, and rescues an abandoned dog. She also bonds with fellow members of the divorce group over drinks at the bar, where they share their stories: Camryn, the take-no-prisoners television reporter; Ashleigh, the self-absorbed second wife of a plastic surgeon; Suzanne, a quiet and secretive teacher; and Wyatt, the only male of the group, who has a young son, an aging parent and a dying business to care for. While Grace and Camryn investigate their suspicions about the court-ordered sessions and their group facilitator, she and Wyatt become involved in a sometimes-rocky romance. The main characters are challenged by several misunderstandings, a couple of near-disasters and loads of obstacles. The author provides a wonderful blend of action, repartee and offbeat characters in a just-plain-fun story.

Humorous and witty and as entertaining as a good night out.