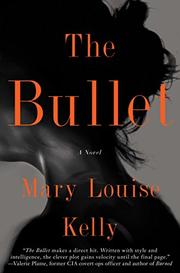 Like Kelly’s first novel (Anonymous Sources, 2013, this sophomore effort centers on a beautiful woman who inadvertently becomes involved in a dangerous, high-stakes situation that soon becomes a matter of life or death.

Caroline Cashion, 37, isn’t drop-dead gorgeous—or at least that’s what Kelly has her Georgetown professor tell readers on the opening page. However, a few short lines later, Caroline describes herself as having liquid chocolate eyes and hourglass hips. Men ogle her size DD breasts, and almost every man she meets makes a pass. Caroline is truly one hot chick. But she does have a problem that defies logic: a growing issue with her wrist leads to a series of tests that finds a bullet lodged in her neck. Increasingly drawn to Caroline, her doctor, Will, recommends that she have it removed, which in turn leads her on a journey to discover why the bullet was there in the first place. Soon the Nigella Lawson look-alike finds out that not only was she adopted, but her birth parents were murdered in their Atlanta home when she was a small child. During the as-yet-unsolved murder, Caroline took a bullet that also passed through her mother (a gorgeous woman she closely resembles). Hoping to find answers, Caroline travels to Atlanta, where she meets a cast of fancifully named characters and discovers the truth about the night she was shot. Kelly, a former NPR reporter, wallpapers the story with entertaining but overwrought dialogue (“I knew who you were. Any man under the age of ninety and still in full possession of his faculties would notice who you were”) and a surfeit of extraneous characters who clutter the story, weighing it down and distracting from an otherwise interesting premise.

Brilliant, beautiful Caroline’s astonishingly bad decisions, coupled with her over-the-top reactions as events play out, make her a less-than-sympathetic protagonist in this unbalanced tale of love, perfidy and violence in Hotlanta.