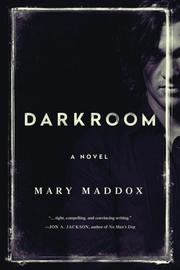 A woman’s search for her missing artist friend takes her into a world of greed, drugs, and murder in Maddox’s (Yubi: A Love Story, 2015, etc.) thriller.

For most of the eight months Kelly Durrell and Day Randall have known each other, they’ve lived in the former’s Boulder, Colorado, home. Kelly, an assistant museum curator, has a fondness for art and recognizes Day’s talent for photography. The two have even grown close, so when Kelly returns from visiting Chicago, she’s shocked to find that Day has evidently moved out. Because local cops believe Day simply left of her own accord, Kelly launches a personal investigation into her friend’s disappearance. She starts by talking with Day’s pal Odette Helm, who has a ready supply of drugs and an enigmatic, rich hubby, Stuart, who has fortified his vast estate with an electric fence. It just so happens that Odette’s paramour, Marcus, has also inexplicably vanished. Questioning people like Day’s apathetic ex-roommate, Courtney, gets Kelly entangled with a handful of sleazy individuals, chief among them bar manager Welch. It’s soon clear that someone’s searching for Day’s negatives and/or photos, potentially incriminating evidence that could provoke Kelly’s abduction—or something deadlier. Maddox establishes characters so well that the mystery sneaks its way into the plot. Eccentric neighbor Owen, for example, may have witnessed something pertinent, but he’s unreliable—paranoia dominates his personality (he’s convinced someone’s listening). And Kelly isn’t so much an amateur sleuth as a concerned friend. Rather than looking for a smoking gun, she just wants to know what happened to Day. Characters are often surprising: apparent villains occasionally garner sympathy, and Kelly receives someone’s unexpected assistance. While the cast can be unpredictable, the plotlines aren’t. But this won’t discourage readers who are regularly treated to crackling dialogue and stirring prose. For example, Kelly might not be Detective Cash Peterson’s type, but he certainly notices that “her sadness and earnestness lingered like perfume.”