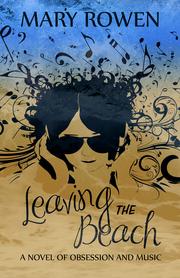 A Novel of Obsession and Music

Rowen’s (Living by Ear, 2013) novel about an obsessive music fan examines how people use their fantasies as a method of coping with reality.

Erin Reardon is a self-conscious woman who struggles with bulimia who’s also a fanatical rock music devotee. The novel alternates between two time periods in her life, starting with her upbringing, during which she loses her father, develops an eating disorder, heads off to college, and learns to love rock stars such as David Bowie, Bruce Springsteen and Elvis Costello. In the second time period, during her adulthood, she gets a job selling T-shirts, begins an inappropriate sexual affair with her boss, and develops an obsession with Lenny Weir, a former music superstar currently suffering from heroin addiction. The story chronicles Erin’s struggle to recover from her eating disorder while simultaneously attempting to develop real, meaningful relationships in her life. Rowen’s juxtaposition of the two timelines is often useful; seeing where Erin came from helps readers to understand her later neuroses as an adult. The book gracefully grapples with several important issues, including alcohol and drug addiction, loss, grief and sexuality. It also offers a unique look at an eating disorder from the sufferer’s perspective, describing bulimia frankly and graphically (“When it was over, tears would pour from my eyes, and my face would be spattered with puke and toilet water….I’d feel disgusting, and used, and dirty”). However, there are also many entertaining pop-culture references to offset the weighty themes. Music lovers, in particular, will appreciate the very specific rock trivia that the author cleverly provides throughout the story.

An intriguing novel that looks at the ways that people cope with the pain in their lives.