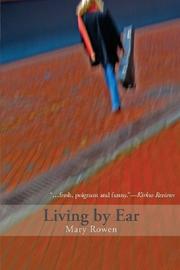 When her scripted married life rattles off-key, a 46-year-old woman contemplates whether she can rewrite the score in this women’s fiction novel.

Things sound sweet for Boston street musician Chris Daley when attorney Jon Wendt whisks her into married life that eventually includes two children in an upscale neighborhood. Discord develops as Jon halts his wife’s musical career and battles his own drinking problem. Chris feels that “here, in the heart of Boston, I feel like I’ve been buried alive,” and she dreams about her free-spirited former boyfriend Curt, also a musician, who left for California 18 years ago. Once she discovers Jon’s infidelity, she divorces him. Waiting for the divorce to become final, Jon tries to woo her back while she attempts to restart her career. Chis does well at her audition for a music reality show and finds out that Curt is a judge who has helped engineer the career of his recent ex-girlfriend, a pop star. That same day, she returns home to discover her teen daughter has accidentally crushed the family cat. Issues mount as her daughter is caught drinking at school, her anorexic friend suffers a heart attack and she wrestles with her feelings that Curt has sold out. She backs out of the show thinking that her family needs her. Eventually, things calm down, and after calling Curt, she agrees to meet him in Hollywood to audition for a tour. Although Chris gives a mediocre performance, she and Curt impress the backers when they perform an impromptu duet with Curt’s lyrics asking “can’t we give it one more try.” Debut novelist Rowen reinvigorates familiar elements of a quirky woman neglected by a rich husband as short chapters rife with references to the music scene and pop culture flash back to various points of Chris’ life and make the story fresh, poignant and funny.

A quick-tempo novel that will strike a chord with women’s-fiction fans.