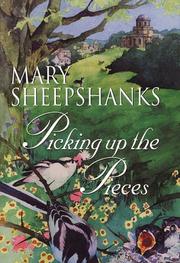 PICKING UP THE PIECES

With their lives languishing in as much disrepair as the houses they inhabit, three women—mother, daughter, and granddaughter—find themselves renovating old relationships and making some stunning changes. Once again, Sheepshanks (Facing the Music, 1997, etc.) offers an intelligent, lighthearted romp through that very British terrain of manor houses, titles, and money. Here, the houses, as much protagonists as the characters, are in Yorkshire, where recently widowed Kate Rendlesham, still living in the family home of Longthorpe House, wants to build a new life for herself—which includes finding somewhere else to live. Daughter Joanna Maitland, who adored her father Oliver (she—ll soon learn he was a nasty sadist), is a caterer and culinary columnist. Married to lawyer Mike, she wants to move her family into Kate’s house, but her marriage is in trouble, and she’s not doing well as a mother, either. Fifteen-year-old Harriet, born when Joanna was a student at Oxford, doesn’t get on with her mother (who steadfastly refuses to identify Harriet’s father). The three women, helped and hindered by a marvelous supporting cast, begin to pick up the pieces they’ll need to craft more satisfactory lives. Kate finds and restores a house—a former observatory on the nearby Ravelstoke estate, which has itself just been bought by tycoon Jack Morley; establishes a design business; and finds herself falling in love with Jack. Joanna learns the truth about her father and begins to reconcile with Mike. Harriet, feeling unhappy and unloved, searches for and finally finds her father—where she’d least suspected. Soon enough, houses and hearts alike are mended. A classy comedy of manners that’s also a delightfully witty commentary on those two great passions—the love of humans for each other for and their old homes.