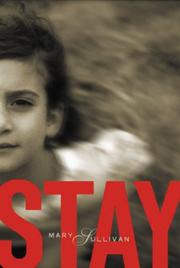 A young girl shocked into silence by her twin's death traces the summer of 1974, as her family races toward deepening crisis.

At a distant glance, Donald Stone’s family might seem like material for an update of Cheaper by the Dozen. The inventor and his uncomplaining wife live with a houseful of children—John, Hope, Sarah, Elizabeth Ruth, Emily, Luke, and baby Owen—in little Cawood, Massachusetts, and vacation in Martha’s Vineyard, where everybody knows everything about everybody else. One of the things everybody knows about the Stones, however, is that their crowded house has seemed empty since their daughter Emily’s twin brother Ham, 11, drowned during their last trip to the Vineyard, and that the family’s never been the same since. Emily has refused to talk, on the grounds that “if I said something now, I'd be like them”; the widening distance between her parents looms like a treacherous gulf; and as everybody waits anxiously to see whether Donald can invent a worthy successor to his Magic Rose (the Tiger Soap and the Supergrow Instant Fertilizer were disappointing flops), such commonplace expressions of irritation as “Dad’ll kill us” come to have an ominous edge. Constantly prodded to break her silence, Emily thinks about talking, and comes closer and closer to forming the words, but still says nothing, even when her silence endangers flirtatious Elizabeth Ruth. When her father packs his troop into a car for a return trip to Martha’s Vineyard, it’s clear that the story is heading toward a showdown, but first-novelist Sullivan, who has a real knack for getting inside Emily without making her sound like a prodigy or a freak, keeps both the nature of her climactic revelations and their import hidden up to the very last minute—and in some ways beyond.

Emily's reason enough to look twice at this sensitive, simmering little gem of a debut.