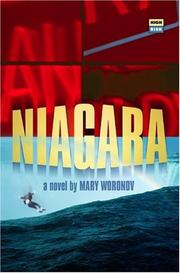 It’s a long drop from Warhol Factory actress Woronov’s stunning debut, Snake (2000), to these watery depths of tangled sexual congress and parental neglect—but some of her former and insouciant handling of reality survives.

Drunken Molly’s weaving through a California supermarket parking lot looking for her car as the story opens, but in order to see the car she first has to remember who she is. So her childhood within earshot of Niagara Falls comes flooding back to her in images of her intense Chinese mother running a card table at an Indian-owned casino, of her unemployed steelworker father shrinking into himself and his booze beneath his wife’s scorn, of her newfound half-brother Kenny, who shared with her his obsession of going over the Falls in a barrel. Having survived to high school, Molly (real name Mei Li) and Kenny find more to share than the barrel: she makes him her lover, while her “boyfriend” Bobby, school beefcake and quarterback, hangs around in hopes of a kiss. When Kenny presumably dies going over in his barrel at graduation, however, Bobby has his opening, marrying Molly and taking her to California, where he becomes a successful car salesman—a life change that turns her into a drunk. Coming home to Buffalo for her father’s funeral a few years later, she catches a glimpse of Kenny (who her mother believes is the angel of death), and her marriage with Bobby hits the skids. Summoned to Florida, where Mom now lives, Molly finds her in the throes of Alzheimer’s and discovers Kenny nearby—in drag. He’s always been gay, apparently, and kept busy in high school servicing the football team, Bobby included. Reeling from this revelation, Molly returns to hubby in a conciliatory mood, but even with Bobby willing their hopes are all wet.

Caught in a riptide between noir and farce, emerging as too little of either.