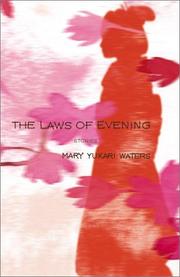 THE LAWS OF EVENING

How Japan came to reimagine itself is almost the exclusive theme here. In “Since My House Burned Down,” a woman born in the year of the snake is told by her mother that “Snake people lie close to the ground. They feel the earth’s forces right up against their stomachs.” But after the war years burn down the house of Japan, she reconsiders: “My whole life has been a process of losing security. Or identity. Perhaps they are the same thing. I may not be a true snake.” In “Seed,” a young Japanese woman lives with her family in an occupied China—a chance to compare cultures and topography: “The immensity of this land . . . . Ancient land, stretching out to desert beneath the blank blue sky of late summer.” Dr. Kenji Endo moves to a rural town in Japan to study aggressive primates (“Mirror Studies”), but how will the monkeys here, among the most violent in the world, react to mirrors and Endo’s arrhythmia? Mysteriously is “The Way Love Works,” the story of a girl visiting her native Japan with her mother—who will soon die, of course, of heart failure. Best American 2002 selection “Aftermath” finds a woman struggling in a postwar Japan controlled by Americans: What will she do when her son develops an unavoidable affinity for the culture that killed the boy’s father? Waters relies heavily on nostalgia and predictions of a future that has already come to pass, and clings to a habit of melodrama (“. . . skimming her consciousness like skipped pebbles over water”), but her stories are as finely wrought as miniature Japanese sculptures in balsa wood.

Sure to be devoured by fans of Amy Tan and Susan Power.