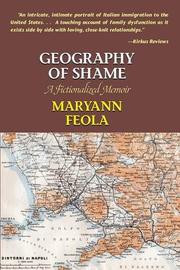 A multigenerational exploration of the impact of southern Italian heritage on the offspring of immigrants who came to America at the turn of the 20th century.

Divorced and later alienated from her only child, Arianna Naso decides to plumb the depths of her Italian-American upbringing, in search of a pattern that could explain the chaos that she feels rules her personal life. The book begins as memoir, with Arianna recalling a pivotal 1963 trip to Florida when she was a rebellious teenager. It then lurches forward to 2008, pausing to present Arianna’s three-chapter manuscript of a biography of her great-grandparents Angelina Rotolo and Orazio Longo. With two babies in tow, Angelina and Orazio left the small, poverty-stricken village of Rutino, Italy, to find a better life in Brooklyn, New York. Enduring hardships and discrimination, the family nonetheless experienced financial success. Arianna’s mission, however, is to understand the darker side of the family dynamic, particularly the heavy drinking and violently abusive treatment of women. As she digs into Angelina’s past, she discovers the mythologies handed down from the ancient Greeks and Romans, the Arabs, and finally the Spaniards, all of whom settled in southern Italy before the country was unified in 1861. Feola (George Bishop, 1997) debuts as a novelist with a complicated text that alternates between past and present and between first- and third-person narratives. Through her protagonist, Arianna, she creates an intricate, intimate portrait of Italian immigration to the United States and of subsequent generations of Italian-Americans who grew up within the confines of their parents’ and grandparents’ customs and expectations. The author’s work is rich with historical tidbits, but it’s Arianna’s personal struggle to break free from her alcoholic husband, deal with her drug-addicted, emotionally disturbed son, and overcome her own escape mechanisms—including eating disorders and binge shopping—that form the heart of the story.

A touching account of family dysfunction as it exists side by side with loving, close-knit relationships.