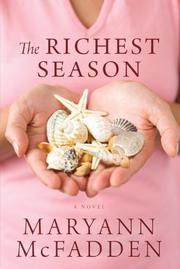 A previously self-published debut novel about a “corporate wife” who flees her family to learn, and impart, valuable lessons about togetherness.

Joanna Harrison should be pleased when her husband Paul finally attains his career goal, vice president of sales at telecommunications giant V.I.C. But after countless relocations, she’s not looking forward to leaving her latest McMansion in a New Jersey suburb for a similar house in a similar cul-de-sac. The Harrisons are empty nesters—children Sarah and Tim live out West—so one day, while Paul is yet again away on business, Joanna gets in her car and heads South. She washes up on Pawleys Island, S.C., where she shares a beachfront rental with septuagenarian Grace, another New Jersey refugee. Grace doesn’t want her children to know she’s dying of pancreatic cancer. Joanna agrees to provide live-in assistance to Grace for six months, and quickly adjusts to Pawleys Island’s laidback lifestyle of shrimp, suds and surf. In short order, she’s involved with a wildlife-protection group dedicated to watching over the nests of endangered loggerhead turtles until the hatchlings flock to the sea to begin their life-cycle. She finds part-time work as a reporter for a local newspaper, where she skewers McMansion developers in an exposé. And she’s attracted to a neighbor, rough-hewn widower and retired shrimp-boat captain Hank. After a merger, Paul is downsized from V.I.C. and discovers that he is a talented carpenter, landscaper and all around handyman, hotly sought-after by local housewives, including Buffy, whose needy overtures he manfully spurns, still hoping against hope for Joanna’s return. After embarking on a liaison with Hank, Joanna finds out the truth about his entrenched relationship with his late wife’s sister, a former beauty queen and current drama queen. Opaque and superficial characters will leave readers unmoved by the book’s many plays for sympathy.

Cloying and sentimental, but McFadden gets points for earnestness and for nature writing—unfortunately for the turtles, Pawleys Island tourism may increase.