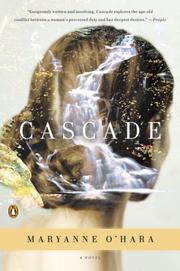 A woman artist in 1935 Massachusetts negotiates the Great Depression, sex discrimination and anti-Semitism while seeking self-expression.

Desdemona Hart married Asa Spaulding, a prosperous, landowning pharmacist in Cascade, Mass., a once-vibrant resort town, for security. When her father, the impresario who made Cascade’s Shakespeare Playhouse a magnet for theater mavens from Boston to New York, lost everything, including the family home, in the crash, Dez had no other choice. Shortly after confessing that he’s willed the now-shuttered playhouse to Asa, in gratitude for his hospitality, her father dies. His only legacy to Dez is a locked casket, which she is instructed only to reopen when the playhouse does. That event is unlikely, though, because the state water commission has long had its eye on Cascade as a site for a new reservoir to supply perennially parched Boston. Although some will profit from eminent domain, most townsfolk oppose the project, which will flood Cascade. Dez pitches and sells a series of illustrations of the ongoing crisis to a national magazine. In a last-ditch effort, Asa tampers with a dam on his property, hoping that the commissioners will pick another town. Dez and her artist soul mate, Jacob Solomon, one of Cascade’s few Jewish residents, happen to have been trysting near the dam where, later, a water surveyor’s body will be found—apparently he fell and drowned while investigating. Witnesses place Jacob at the scene, and after Dez explains their presence there, he is exonerated, but her marriage to Asa is doomed. Since her ambition was to move to New York (where Jacob is also bound), the breakup is timely. In New York, Dez has a chance to realize her goals but at the cost of romantic entanglements. O’Hara excels at describing Dez’s two-dimensional images—her three-dimensional humanity, less so. Promising conflicts, such as Cascade’s prejudice against Jacob (echoing in microcosm the persecution of Jews in Nazi Germany), fizzle or turn into afterthoughts.