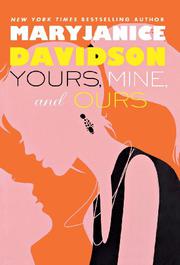 YOURS, MINE, AND OURS

An FBI agent with multiple personality disorder is on the hunt for a serial killer, in the second of Davidson’s wisecracking series.

Cadence, aka Shiro and Adrienne, is assigned to a Twin Cities–based, literally wacky FBI special-ops unit: BOFFO (Bureau of False Flags Ops), which has gathered together staffers representing the full range of mental disorders the DSM-IV has to offer. Cadence, whose Sybil syndrome surfaced after a childhood trauma, and her sociopath partner George, are short on leads in their search for the June Boy Killer, so named because his victims are always 14-year-old boys, always killed in June, and left, dressed in new shirts and blue jeans, for police to find.  A new recruit, Emma Jan, joins the team, but she has an unfortunate tendency to go berserk when she sees herself in a mirror. Supervisor Michaela holds briefings in the office kitchen, while obsessively chopping things with her prize knife collection. Cadence et al. have received some helpful hints (coupled with threats) in the quest for JBK from the ThreeFer, murderous autistic triplets (now reduced to two), at large since installment one, (Me, Myself and Why?, 2010). Mild-mannered Cadence and her more flamboyant other selves have, not surprisingly, a complicated personal life. Wealthy boyfriend Patrick seeks a commitment, about which Shiro, who has a crush on a victim’s uncle, Dr. Max Gallo, and Adrienne, a psychotic who would rather crush men, period, are, to say the least, ambivalent. When June Boy departs from his pattern and murders in December, the BOFFO force is stymied. Dr. Max seems to know more about JBK’s habits than his mere status as a bereaved relative would warrant, and trailer-dwelling white supremacists further muddle the mix. In short chapters, the personality “splits” are handled with a minimum of confusion, but witty dialogue is the main attraction.