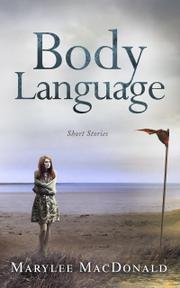 In “A Body of Water,” two childhood friends steal away from their spouses for a clandestine backwoods trip. In “Mongoose,” a woman visits her ailing father and finds a new perspective on their strained relationship during conversations with her stepmother; this story establishes a theme, as “Long Time, No See,” “Year by Year,” and “The Blue Caboose” also deal with elderly parents. In the compelling “Tito’s Descent,” the narrator is an older man who’s being interviewed for a documentary; he recounts a formative journey into a cave with fellow members of the “Torreblanca Speleological Society.” They discover cave paintings on “an overhanging rock,” and later, the narrator trips and falls, and his friend, Tito, helps him up and pulls him close, prompting another discovery: “The warmth of another human being, the sideways pressure of his hip,…made me feel as if we humans were designed, on a primitive level, to connect with one another not just with words, but with the intimacy of touch.” “Body Language” follows a woman’s journey from her home in Mexico to San Diego in search of answers about her brother’s death. The story’s title comes from a scene in which the narrator observes people in a Social Security office: “Their body language tells me that life has beaten them down and left them with only their trembling anxiety.” Like this narrator, MacDonald reads the room in each story and sees not just the postures and worn shoes of their inhabitants, but also their inner states. Throughout this collection, she builds many such rooms for her readers to survey, populated by people whose body language speaks volumes. The fictional worlds are fully fleshed-out, and the stories’ wide-ranging premises and subtle endings yield a sense of wonder.

A well-wrought collection that finds moments of transcendence in the personal quests of its characters.