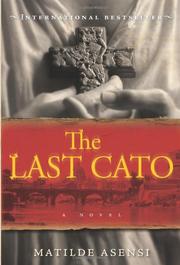 This prolix thriller, the Spanish author’s first English translation, substitutes Dante’s poetry for Leonardo’s painting as the basis for a plodding tale of byzantine intrigue.

Dr. Ottavia Salina is Super Nun. Helming the Vatican’s Secret Archive, she’s a world-renowned paleographer, master of dozens of dead languages, a sharp-tongued feminist and the darling daughter of a teeming famiglia straight out of mob-movie central casting. Asensi has given us, in fact, an ecclesiastical Jane Bond whose mission is to decipher the elaborate scarification on the corpse of an Ethiopian accused of mysterious, heinous crimes against the Church—seven kinds of crosses decorate his flesh and a Greek “sigma” is imprinted on his skull. Globetrotting in company with a hunky, brainiac Swiss Guard and an obligatorily eccentric archaeologist, Salina uncovers a secret society called The Staurofilakes. Headed by the Cato, a kind of heretical Darth Vader, the subterranean order has stirred the pope’s ire by stealing the holiest of relics—bits of the True Cross upon which Jesus was crucified. Further, elaborate skullduggery is required before Salina and crew finally happen upon a key to tracking down the Cato: the Purgatorio of Dante’s Divine Comedy. As readers wind through the maze of Asensi’s plot, they may find riveting her detailed reviews of early church history, of crucifix lore and of Vatican politics. Indeed, such arcana is one of the novel’s strengths. But paper-thin characterization, clunky prose, unnecessary footnotes (in a whodunit, no less), an unconvincing romance and, after a while, a tedious reading of Dante’s spiritual classic as an extended game of Clue, seriously compromise this tale.