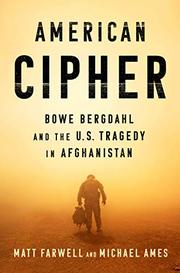 Bowe Bergdahl and the U.S. Tragedy in Afghanistan

Born to a loving rural Idaho family in 1986, Bergdahl, from a young age, demonstrated a puzzling, sometimes-clashing mixture of character attributes: useful personal skills vs. restlessness; kindness to others vs. self-centeredness; a desire to be accepted vs. hermitlike tendencies. As a teenager, he left Idaho to join the Coast Guard but could not cope psychologically and left in less than a month. Two years later, the Army, desperate for soldiers to staff invasions of nations harboring alleged terrorists, accepted Bergdahl as a combat trainee despite knowledge of his Coast Guard discharge. Dispatched to a lethal Afghan war zone in May 2009, Bergdahl quickly questioned the purpose of U.S. military involvement, found many of his commanding officers to be insufferable, and sought to use whatever moments he could carve out to show civilians the human side of American soldiers. The authors show unequivocally that Bergdahl planned to walk away from his remote military post into forbidden, life-threatening territory. After his capture by Islamic terrorists, during five years of imprisonment at undisclosed locations across the border of Pakistan, every moment in Bergdahl’s existence became fodder for controversy at an international level. The authors present compelling, convincing evidence that addresses each specific controversial element: Was Bergdahl planning to become an enemy combatant? Was he actually tortured? Why did the U.S. military and government lie to the public about some of the details surrounding his capture? Did the U.S. government properly handle the negotiations for his release? Did he deserve a court-martial that would have landed him in prison until death? Throughout this twisting saga, readers will also receive detailed portraits of Bergdahl’s parents, rural Idaho, pointless foreign incursions by the American government, and much more.

An unsettling and riveting book filled with the mysteries of human nature.